Your Ally In Construction

What Does a Chimney Crown Do?

The purpose of a chimney crown is to protect your chimney's masonry from water damage. The chimney crown overhangs the masonry by a few inches and is sloped downwards, so any rain that falls on the crown will flow away from the masonry rather than pooling on it. Brick or stone masonry and the mortar that binds it together can be quickly damaged by standing water, so the chimney crown plays an important role in making sure that the exterior portion of your chimney is safe.

What Problems Can Be Caused by a Cracked Chimney Crown?

The main problem caused by a cracked chimney crown is a leaking chimney. Water enters into the cracks in the crown and seeps between the masonry and the chimney's flue liner, where it slowly drips down into the firebox. This will slowly erode the masonry and mortar inside the chimney, and it can cause the metal components in your chimney like the damper and firebox to rust away.

Cracks in a chimney crown also tend to spread quickly, which can cause it to crumble apart entirely. Water erodes the cement as it seeps into the crown, which causes the cracks to widen. Water can also freeze inside the crack when outside temperatures are low. Water expands as it turns into ice, and the expanding water can also cause the crack to widen. If you don't repair your cracked chimney crown, the cracks can widen until the cement begins to break apart in chunks.

How Do You Repair a Cracked Chimney Crown?

If the cracks are small, a residential chimney repair company can cover them with waterproof sealant. The sealant doesn't fix the cracks, but it prevents any water from getting inside them. This stops water from leaking into your chimney, and it also stops the cracks from widening.

When your chimney crown has large cracks or is starting to break apart, it will need to be rebuilt. A residential chimney repair service will remove the existing crown and carefully pour a new cement crown on top of your masonry. This repair is normally combined with replacing any damaged brick in the masonry, since removing the crown makes it easier to see if any bricks have been damaged by water due to the cracked crown.

If your chimney is leaking, have it inspected by a residential chimney repair service. A leak caused by a cracked chimney crown should be repaired as soon as possible, since covering a minor crack with waterproof sealant is a quicker and less expensive repair than pouring a new crown. Preventing the crack from widening by repairing it quickly will reduce the chances that it will spread, which makes it less likely that you'll need to rebuild the entire crown. 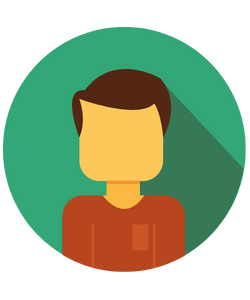 Having construction work done on your home or property is not always easy. Even though someone else is doing the labor, you have a lot of decisions to make. The more you know about construction work and contractors, the easier time you'll have making those decisions. You may still want to do a little research, but it can be a quick read instead of a deep dive. So, how do you become someone who knows a lot about construction work? Well, you can start by reading on this blog. Then, you can venture out and read some other sources. Before long, you'll know more than we do, simplifying the process of hiring a contractor.